History of Nuns in Ladakh

Ladakh is a high mountain desert in northwestern India. Since the beginning of the tenth century AD, the Tibetan Buddhist culture plays an important part in this region. The famous teacher and translator Rinchen Khando, who founded the first Buddhist University in Nyerma, brought Tibetan Buddhism to Ladakh. That is the historic spot where in 2004 the new nunnery for a group of elderly nuns Chattnyanling has been built. 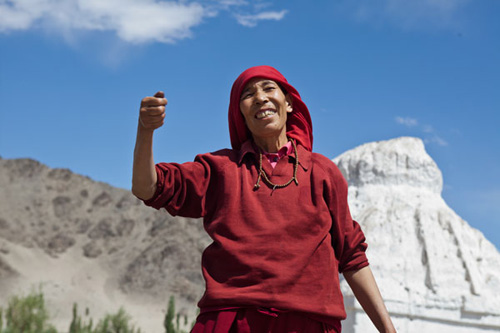 In the local community monks were considered to be of high esteem. They are able to provide for their own livelihood because they get paid for prayers, which they perform in the temple for money and donations. The temples are very old and beautifully decorated with rich Buddhist symbols. That is why tourists pay entrance fees, another source of income for monks.

Only much later, women were allowed to become nuns. In the Tibetan Buddhist tradition they never received the full ordination, so, compared to monks, they had a disadvantaged position and received little to no respect. One result was that financially and in terms of education they face a huge disadvantage.

It was a long tradition in Ladakh that in a family always a son became a monk, which gave prestige, and a girl became a nun. The latter did not mean, however, that the nuns could follow a thorough religious training. They were employed as household help, worked for monks or even worked in heavy jobs as road worker. The development of nuns lagged behind that of monks and in 1995 there were only a few hundred (mostly older) nuns left in Ladakh. 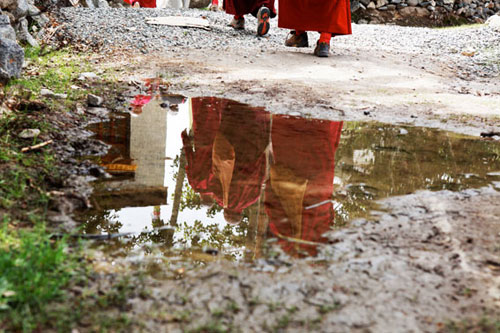 In 1995 a conference was held in Ladakh Buddhist women, organized by the international organization of Buddhist women, Sakyadhita. In this way awareness was raised among the local population and the monks that something had to change the disadvantaged situation of nuns in Ladakh. The nun and (Tibetan) physician Dr. Tsering Palmo founded as a result of the 1997 conference in the Ladakh Nuns Association. She got support from the Netherlands (the Chomo Foundation) and other countries such as Germany, England and Switzerland to work on empowerment and development of nuns in Ladakh.