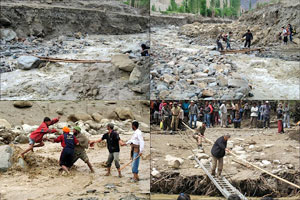 In recent days, the DFLN repeatedly was called with questions about people in Ladakh, or about nuns who are sponsored.

First, our Vice Chair Maria van der Westen and her husband Danny are okay. They were on the night of the disaster in Temisgang surprised by the storm. They climbed a mountain and slept in a monastery there. They then hitchhiked back to Leh. It was a relief to hear their voice through the mobile phone which to our surprise just worked.

Our people in Ladakh have been lucky. Aniek Jaartsveld is going back and forth between the nunnery and guesthouse in Nyerma and Leh. Two new volunteers take care of the guesthouse and Wil Verkuil, is there to teach the nuns some English. But in these circumstances things will go differently than planned. That's a given fact anyway in Ladakh, but now more than ever.

The group of Nel Willekens however still appears to be incomplete. We get reports that a group is stuck somewhere in the valley. They are OK but the messages about how they can come back are contradictory. The Dutch Embassy keeps an eye on things. They were at Leh to see which Dutch  peolple still were missing.

I was also called by someone from the USA, who supports the LNA to ask if everyone was okay there. So we here in the Netherlands still a focal point for information.

Nana Ziesche, which organizes travel in Ladakh, has a blog, which she daily updates with reports in German. Here you see some current pictures taken by her at the site, with her permission, to show how the situation is. Last night was a silent march to commemorate the dead people in Ladakh. 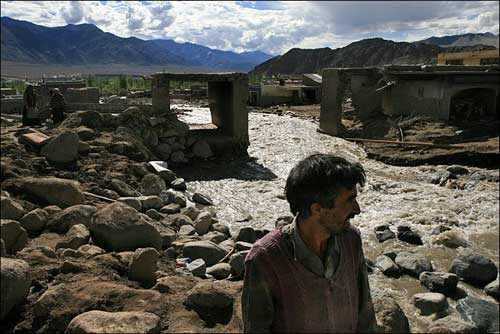 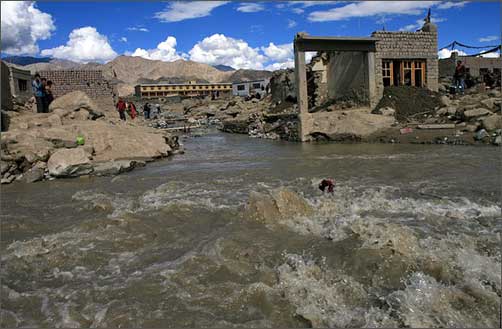 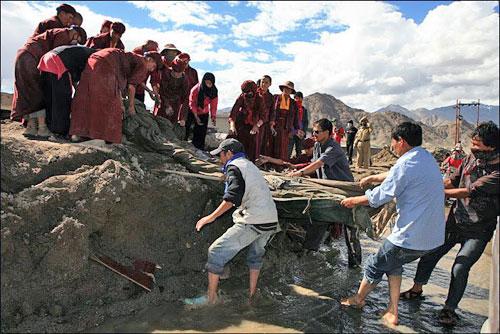 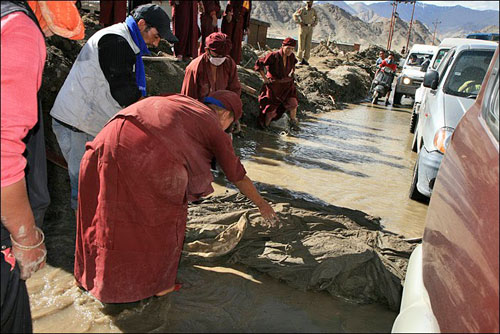 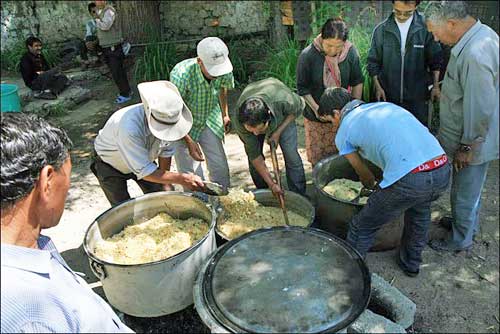 Thanks to Nana Ziesche. Look for more pictures in her blog: www.kroeger-blog.blogspot.com

In the media they persist in calling Ladakh Kashmir. Of course, Ladakh in the state of Jammu and Kashmir, but it is an isolated area. This is confusing for people who do not understand where it is.

We even get requests for donating money for the victims. Because we do not know who sends these requests, we are primarily going along with it. We must first consider what steps the government has taken before we decide what to do ourselves. It has to feel okay for our sponsors and donors.. At present, tourists in Ladakh itself actually help with the excavation of houses and property. We will keep you informed thereof.

We have 123 guests online